Queen Elizabeth II passes at 96, the longest-reigning British monarch whose rule spanned seven decades, died on Thursday at the age of 96. This Buckingham Palace has announced. The Queen’s oldest son Charles has now become King Charles III. “The Queen died peacefully at Balmoral this afternoon. The King and The Queen Consort will remain at Balmoral this evening and will return to London tomorrow,”. The royal family said in a statement posted on its official Twitter account, referring to Charles as the new King for the first time.

The King said in a statement that the Queen’s death was “a moment of the greatest sadness for me and all members of my family.” 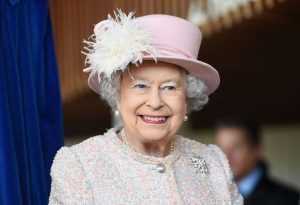 The Queen was last seen in public on Tuesday when she formally appointed Liz Truss as the UK’s new prime minister. A photograph from the audience showed the monarch smiling, standing in the drawing room in Balmoral, carrying a walking stick. Truss is the 15th — and the last — British Prime Minister to be appointed by Elizabeth.

There have been concerns over the Queen’s health ever since a brief hospital stay last October. She has experienced episodic mobility issues, which have at times caused her to withdraw from official engagements.

Numerous kings, queens and royal families of other countries have also sent messages of sympathy. King Felipe VI of Spain, King Abdullah II of Jordan, Norway’s King Harald. These as well as King Willem-Alexander, Queen Máxima and Princess Beatrix of the Netherlands all sent condolences.