British Embassy in Brazil. The British Embassy in Brazil (Consulado Geral Britânico) is located near the Secretaria de Estado da Saúde in Brasillia. The contact details such as the telephone number and street address is listed below.You will note the times for the embassy and their operating hours. They will be able to issue you a new British Passport in Brazil if you have lost your passport.

They will also be able to issue you a visitors visa for your girlfriend to holiday in the UK or a UK fiancee visa if you wish to marry her in Britain. If you are already married to a Brazilian then you can apply for a spouse visa for the UK. There are a number of visa options. The British Embassy will also register any of your children board abroad or in Brazil as British nationals. Details are below. 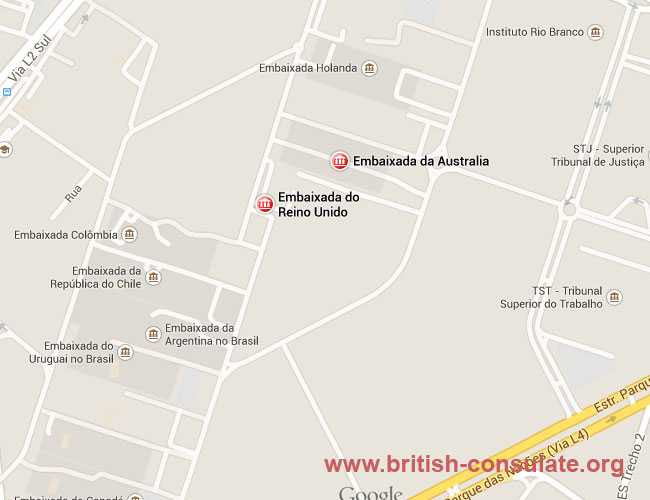 There are a number of British Consulates in Brazil. These have been listed as follows:

See their pages for more details about the Consulate in the area.

These are the processing times for a British visa out of the British Embassy in Brasilia. The other Embassies such as the one in São Paulo would have a different rate. Check with the embassies in Brazil what documents are needed and ensure that you have these before you apply for a British visa. Any documents that are short would create delays so ensure that everything has been collected and added to your application.

Customers have to send their documents to the Visa Application Centre in Rio de Janeiro.