They can also offer you consular assistance such as calling your family if you have died, bee in an accident or been arrested. You can also apply of a British passport or renew your passport at the Embassy in Bolivia. The contact details are listed below with a telephone number, email address and also their operating hours.

Note there is also a map to the British Embassy in La Paz Bolivia. The British consulate in La Paz provides legalisation services. They can issue certificates of no impediment, affirmations or affidavits of marital status. 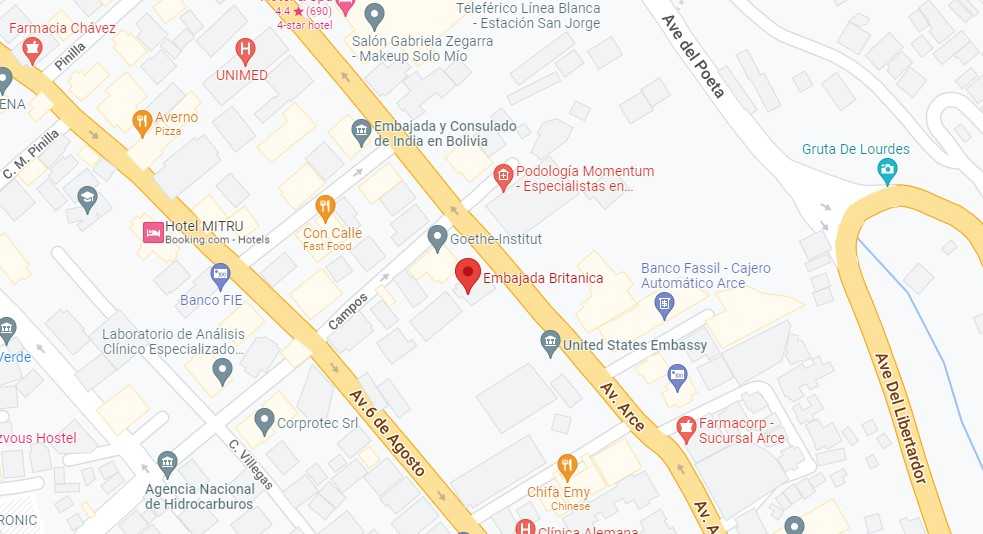 The above data is for all decisions made in March 2013