If you are a British nation in Spain then you would be pleased to note that the British Embassy in Spain is located in Madrid. Should you have problems with the law or in need or consular assistance then the embassy in Madrid will be able to assist you with registration of a marriage, public notary, registration of a death and also the birth of your child.

If you have retired in Spain and now need consular services such as a public notary, official documents from home then the location of the embassy and their contact details are listed below with a map to the embassy. Note that the Canadian embassy is not to far from the British embassy. If you find the one the other one is across the road from it. 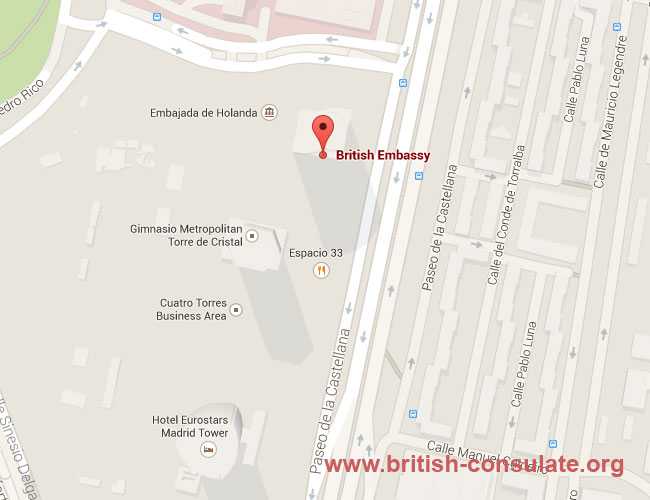 Spain is a large retirement destination for the British with a lower cost of living and much better weather than the UK. It is also the tourist destination for some of Europe’s largest parties. With this comes its own problems. See the British Abroad report on this website.