The British Consulate in Las Palmas de Gran Canaria is a small British Consulate in Spain. The city is well known for its cultural activities such as its variety of theaters, cinemas and opera houses. The city also hosts the Canary Islands Music Festival each year as well as the Theatre and Dance and the International Film Festival. See also the office hours as well as the telephone number, email and other contact details as well as a map.

If you need assistance while in the city then the British Consulate in Las Palmas de Gran Canaria would be able to assist you in the even of an accident with consular assistance as well as registering a marriage or a British national born abroad. They can also assist with applying for a new passport or applying for a British visa such as a fiancee visa or marriage visa while in Spain. Note that if you cannot be assisted by the Consulate that you can contact the British Embassy in Madrid for assistance as well. If you want to renew your BNO then you will need to contact the Embassy in this regard as well and not the Consulate. We have also listed the telephone and other contact details as well as a map to the Consulate. See also the British nationals in Spain article. 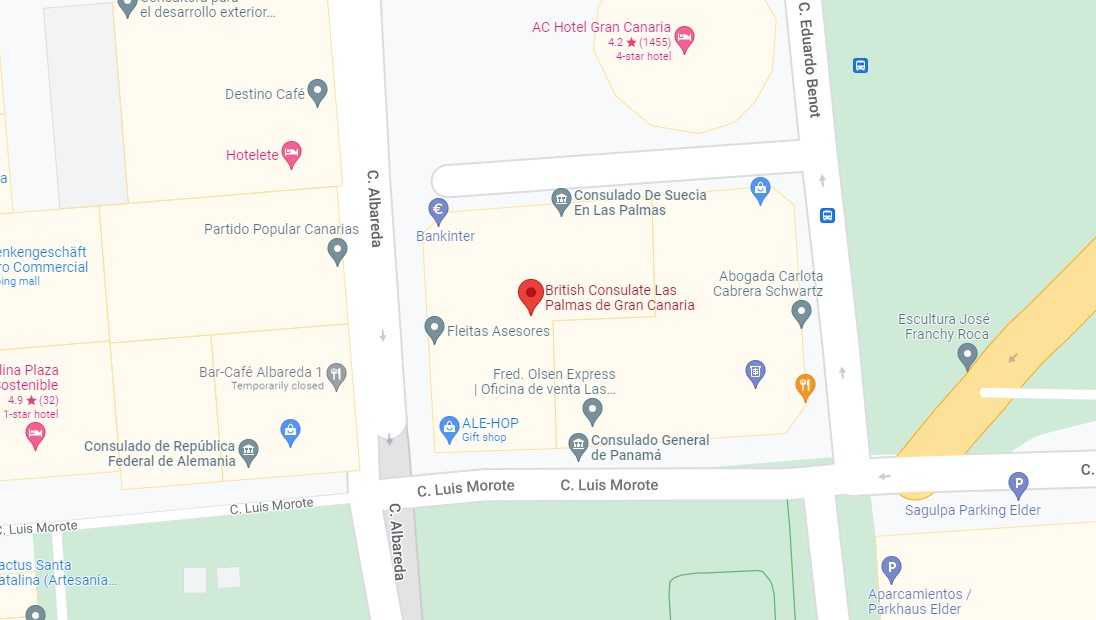