Note the office hours of this consulate. This is rated as one of the best British Embassies in the world when it comes to being helpful and processing a visa to visit Britain. Like all other Embassies it is always best to email them your questions if you have any before you pay them a visit or send in your passport. See also the article on British nationals in Australia and a review of living in Australia.

If you have lost your passport then you will need to report this loss to the local police. They will issue you with a case number to show that you have reported it. From there you can apply for a new passport. If you are leaving soon then a temporary emergency travel document can be issued. If you need documents notarised then you can also see the list of lawyers in Australia that might also be able to assist. Note that consulates around Australia are unable to carry out notarial acts under the Commissioner of Oaths Act 1889. In conclusion, see also a list of notary lawyers in Australia listed on this webiste. 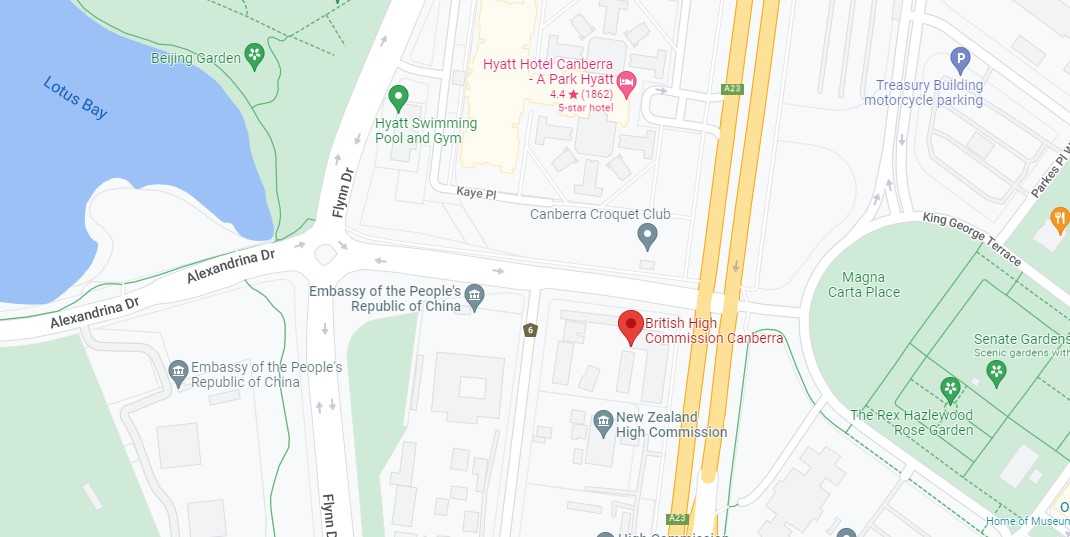 See more details about consular assistance such as passport application, registration of births and same sex marriages in Australia.

These are the contact details for the Law Societies for each region in Australia if you need an attorney.

In addition, we have listed the days when the Embassy in Canberra is closed. This would be a very simple task as Australia being a former colony of Britain their holidays are pretty much the same. In conclusion, note the dates and if you are wanting to ask questions or send in documents take into consideration the time delay in the response due to holidays. Note that each Embassy and Consulate in Australia being in a different region has their own additional public holidays.

In addition, note that the British Embassy in Australia and their Consulates across Australia have divided certain tasks amongst themselves and others in the region to make the system more efficient.

– UK passport and inquiries are handled by the Regional Passport Centre in Wellington, New Zealand.

– Visa applications and inquiries are dealt with by the Visa Section at the British Consulate in Canberra.

Consulates-General and Consulates in Australia do not handle these matters, although passport (but not visa) application forms are available at their offices. This then gets forwarded to the British regional office in New Zealand for processing. See also:

Similarly, the Consulate covers the area of South Australia, Tasmania or Victoria.

Consulate covers the area of Queensland or Northern Territory.

In other words, if you need more information about how to apply for a British passport or how to renew you British passport while in Australia. In addition, when you need local consular assistance in the event of birth or deaths, medical assistance or you or a family member. This or has been arrested then call your local embassy first as they would be able to assist and co-ordinate much better than one outside of the region.