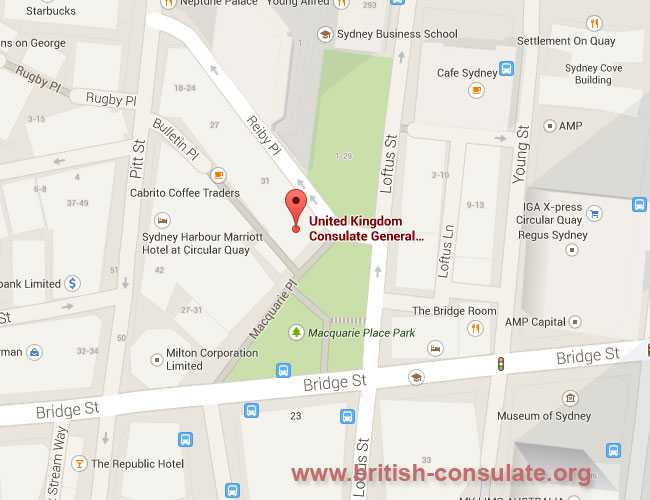 See more details about consular assistance such as passport application, registration of births and same sex marriages in Australia.

These are the contact details for the Law Societies for each region in Australia if you need an attorney.

*** If you want to known the processing times and other visa information including public holidays then view the page in the British Consulate in Canberra Australia as this embassy is well documented for processing a British visa from Australia. The public holidays for the Embassy is also listed and is the most popular British Embassy in Australia.