The British Consulate in Perth Australia does not process visas or passports and you have to send your passport for a UK Visa to the British Consulate in Canberra. This consulate does not issue any visas be it a fiancee visa , marriage visa or even a visitors visa for the United Kingdom. The numbers are listed below as well as all their contact details. Telephone number, map street address and above all their email address.

As a British nationals who lives in Australia and want if you want to marry in another country will need to go to that country to post notice of their marriage there. As for the notary public, the consulates around Australia are unable to carry out notarial acts under the Commissioner of Oaths Act 1889, and on instruction from the Foreign, Commonwealth & Development Office in London. See also the Australia: Notarial and Documentary Services. See also the List of Lawyers in Australia while you are here. 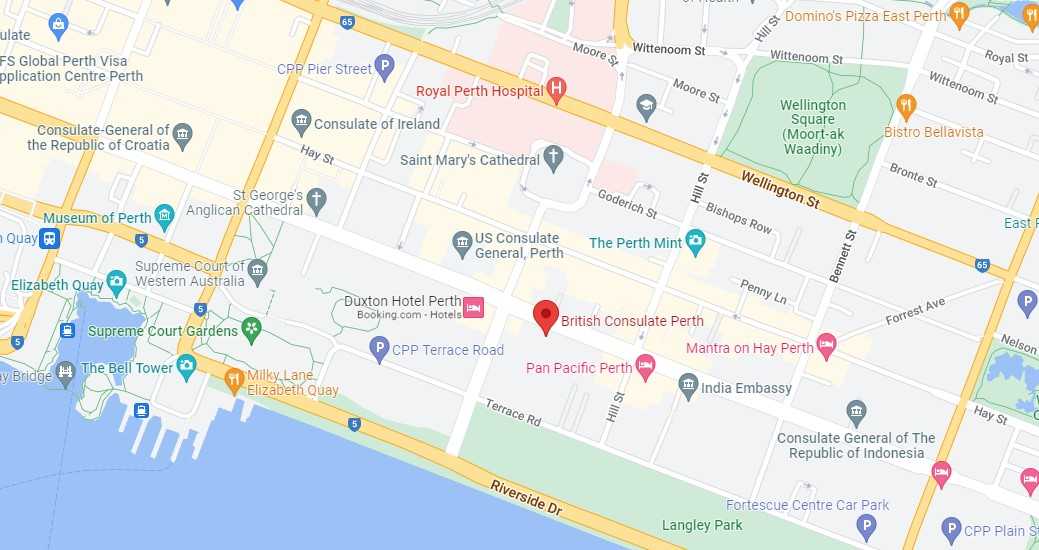 *** If you want to known the processing times and other visa information including public holidays then view the page in the British Consulate in Canberra Australia as this embassy is well documented for processing a British visa from Australia. The public holidays for the Embassy is also listed and is the most popular British Embassy in Australia. 24/7 support is available by telephone for all routine enquiries and emergencies. Please call +61 (08) 9224 4700. Also read the [piece on British nationals in Australia on this website.