The British Consulate in LA (Los Angeles) is one of the busiest British Consulates in the United States. If you are considering calling them then I would suggest it being a waste of your time. Emails are much better with this British Embassy. We have listed their contact details such as their telephone number, street address and a map of the area where you will find the embassy. 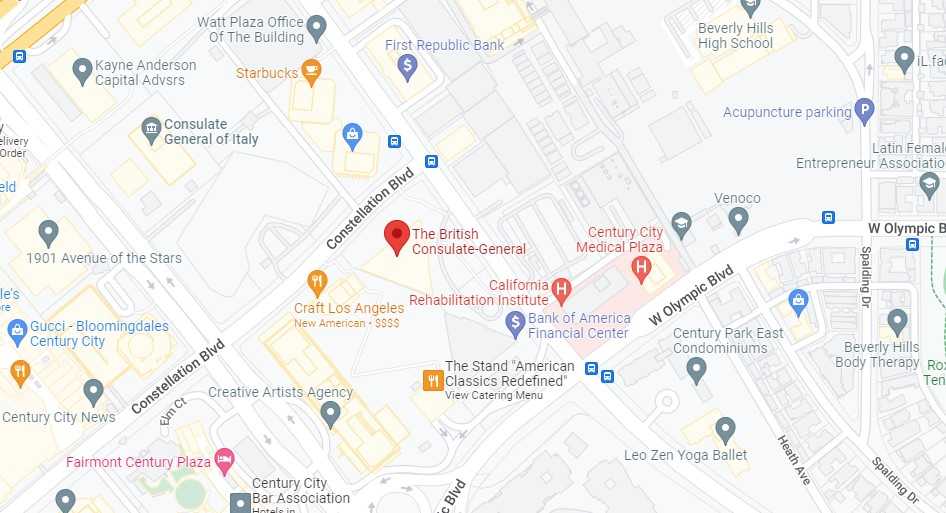 See the different pages for the other Consulates as well.