If you live in the following areas then you can seek assistance at the British Consulate in Atlanta. These areas are as follows : The British Consulate General in Atlanta represents the UK government in Alabama, Georgia, Mississippi, North Carolina, South Carolina, and Tennessee. If you live outside of the areas then see the listing for the British Embassy in Washington for a full listing of all the consulates.

If you are a British national then you can speak to the consulate about registering a birth or a death or even a marriage. They also provide other consular services such as a notary public service. Speak to the British Embassy in Washington if you need to apply for a British visa such as a spouse visa, visitors visa or an education visa. You can also ask the Washington office about passport renewal or replacement. 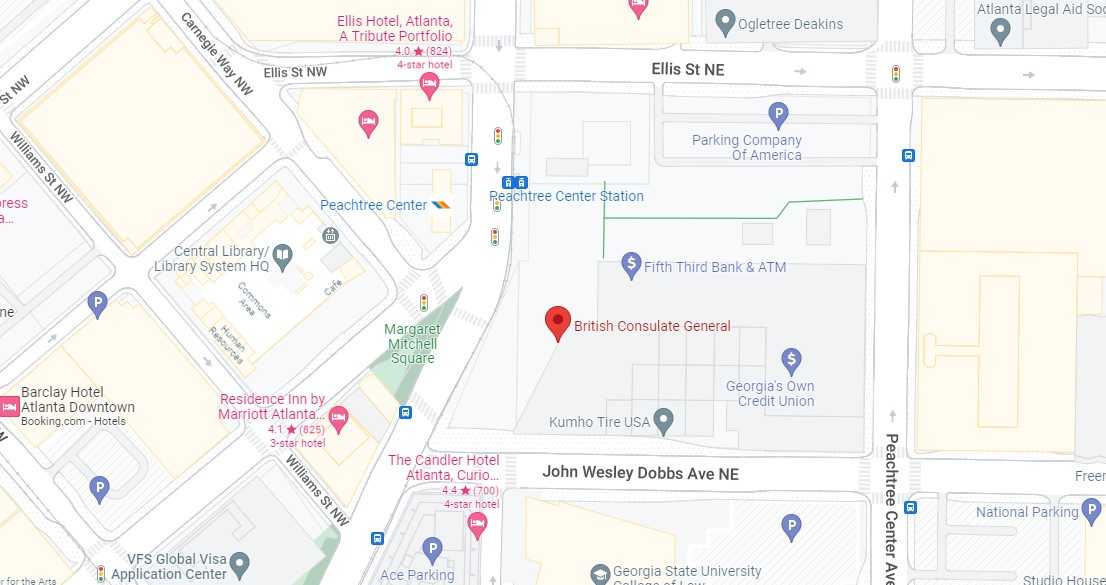 See the different pages for the other Consulates as well.

There are also other articles such as the American travel advice page as well as other Consulates around the world. These range from the British Consulate in Cameroon to the British Honorary Consulates in Turkey as well. See more on this website.