Note that the British Consulate General in New York City represents the UK government in New York, New Jersey, Pennsylvania, and Fairfield County in Connecticut. See the main listing of all consulates in the US under the British Embassy in Washington posting. 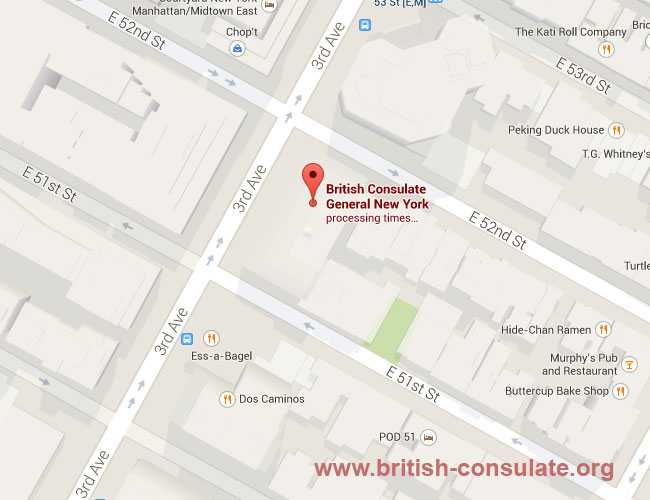 * From the star rating I take it this is not a very popular British Consulate!