Considering Indonesia for holiday or for staying as retirement then consider the following information about Indonesia so you may be prepared for what you might find. The articles are written from a number of travel advisories from both the British Government and the Canadian Government websites.

There has for a long time been a nationwide advisory in effect for Indonesia from the Canadians that you should always exercise a high degree of caution due to a continuing threat of terrorist attacks in Indonesia. You are also advised to steer clear of the province of Papua as the threat of violence has always been very high.

You must must present a passport when you visit Indonesia, and this passport needs to be valid for at least six months beyond the date of entry into the country and it must also contain at least one blank page for the Indonesian visa. Even if you are transiting from one place to the next you will not be permitted to board your onward flight to Indonesia without the six-month validity period of the passport.

There are a number of Indonesian Visas available depending on what you will be doing in the country. There is a Tourist visa (Visa on Arrival), Study Visa, Business Visa and also a Social Cultural Visit Visa which is meant for humanitarian purposes. Note that if you are going on a Business Visa then you need a letter from an Indonesian company for this. You also need a sponsor in Indonesia for a Social Cultural Visa as an Aid worker. If you are planning to go to Aceh then you need permission from the Director General of Immigration in Aceh or Jakarta. Filming in Indonesia also needs permission and this comes from the Director General of Immigration in Jakarta before applying for the visa. Note you do get a visa on arrival in Indonesia or you can also apply online here.

There is a departure fee for all international visitors. this fee is IDR 150,000.

You will require a Yellow Fever certificate if you have come from one of the countries listed by WHO before you enter Indonesia. This can be checked here.

Poisoning from alcohol abuse which have resulted in death or other serious illnesses have occurred in the past mainly in Bali and Lombok where most tourists hangout. Some party drinks in Indonesia mainly those with liquor, do contain methanol or other more harmful substances. There is no guarantee in quality as even brand name liquor may have been altered. The local brewed liquors mainly being “arak” is for this reason dangerous. Symptoms of this type of poisoning would be nausea and dizziness also at times coupled with acute vision problems. Always ensure that you drink and party at reputable and licensed hotels and bars.

Unrestricted forest burning in the regions of Sumatra and Kalimantan do cause atmospheric pollution mainly during the seasons between June and October. If you have respiratory problems then these are the months to avoid Indonesia.

Note that the medical facilities throughout Indonesia are well below the Western standards compared to the West.  Emergency medical evacuations to Australia or also to Singapore are more often than not required for some serious conditions. Also note that most medical staff in Indonesia do not speak English. Also is you have travel insurance the doctors and hospitals in Indonesia normally expect immediate cash payments for health services. They will not accept medical cover as you would have to claim that back later.

Dont ever overstay your visa as you will be fined and deported. Dont ever do drugs or hold on to packages for people you dont know! Gambling is illegal and prison sentences are harsh. Its a Muslim country so follow local customs, laws and regulations and dress conservatively.

Credit cards outside of tourist areas are a tough one. Its always best to make use of a pre-paid debt card as fraud might ruin your holiday. The currency is the Indonesian rupiah (IDR). Always carry cash when going into rural areas and when you get your credit card receipt make sure you destroy it so that the numbers are not copied.

There are 129 active volcano’s so an earthquake is not that unexpected. The rainy season starts in December and runs until March the following year. In the rural areas of Indonesia landslides and flooding are not uncommon during this time. As noted above the slash and burn season is between June and October so plan you holiday well in advance.

Following the abduction of a British national in the Aceh region of Northern Sumatra in June, you should exercise caution in the area. While the risk of abduction is not high, you should be aware that 1 French and 5 Chinese nationals were abducted in separate incidents in 2008.

You should be particularly vigilant during holiday periods such as Easter, Christmas, Nyepi (Balinese New Year, in March) and Independence Day (17 August)

Around 190,000 British nationals visit Indonesia every year. Most visits are trouble free. 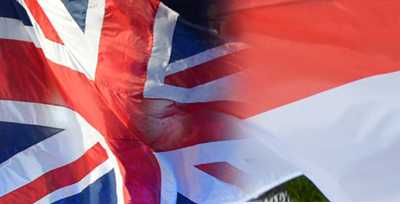