The Embassy can issue a British Passport for British nationals in Algeria, register a British national born abroad or issue a UK Visa. See the Travel Advice for Algeria on this website for more information about the country. Note that the American Embassy in Algeria is also not very far. 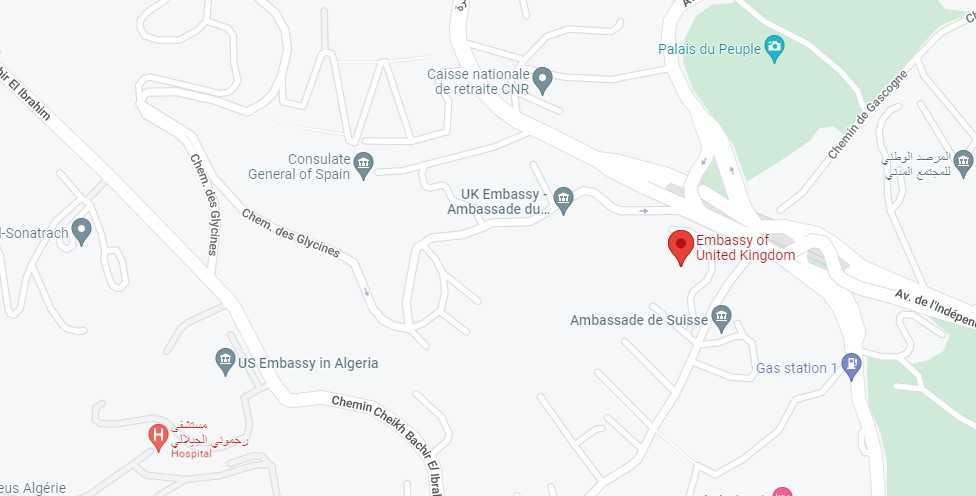 All visa applications for the UK has to be made in person when done in Algeria. This needs to be done at  71, rue Mohamed Belkacemi 1er etage immeuble Ericsson El Madania (Oued kniss). This is where you can apply for a family visa, visitors visa or a work visa for the Untied Kingdom. most of the visa work they have given over to WorldBridge for online processing of visas.

These are holidays on which the British Embassy in Algeria is closed. Also these are a mixture of British holidays and also Algerian holidays. Call the embassy before you arrive to ensure that they are open. The national day of Algeria is on the 5th July each year. Note that the embassy is closed also over normal British Christian holidays such as Good Friday, Easter Monday, and over the Christmas period in December.

* are tentative, precise dates to be confirmed nearer the time

Note that the visa application and processing times in Algeria normally takes in the range of 4 weeks to 8 weeks so if you are booking a ticket and making arrangements to visit the UK then ensure that you take the visa process time into consideration. Ensure that you always apply as early as possible. See also the British Embassy in Bahrain as well as the British Embassy in Qatar.