The British embassy in Luanda does not have a website but the email listed is still current. 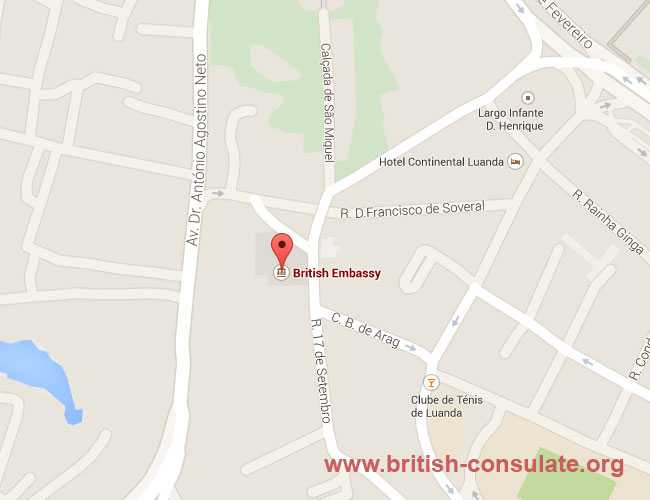 If you are visiting Angola or you are a British national in Angola then note that the British Embassy in Luanda is closed on the following holidays. These are a mixture of both British and Angolan public Holidays. Note also that like all embassies in Luanda, the British embassy is close on the National day of Angola which would be standard.

Applying for a British Visa in Angola:

The British Embassy in Angola has chronic telephone problems and normally it is best to send them an email if you wish to apply for a visa for the UK. Note that visa processing from Angola take 3 weeks before a visa can be issued. If you are planning a holiday then try to apply for a visitors visa for the UK at least 1 month before you plan on leaving for the UK. Below are the visa processing times at the British Embassy in Luanda.